Charleston Marine Consulting was started by Randy Brown in 2014 with a vision to offer the marine industry a diverse mix of consulting services and software solutions that tap into his 35 years of experience in shipbuilding, manufacturing, and program management.  The perspectives that he offers his clients come from his depth of knowledge in engineering and naval architecture combined with his experience in sales, marketing, and vessel operations both in the engine room and at the helm of powered and sailing vessels.  Our South Carolina based company is also an authorized software sales Channel Partner for Bentley Systems, offering MAXSURF Naval Architecture software solutions to clients in the United States and Canada.

Starting from The Bottom and Learning That Hard Work Pays Off

At Age 15, Randy started working on boats, learning a lot of hands-on skills from his Dad.  On a hot summer morning in Lake Oswego, Oregon, Randy’s Dad asked him to “fix up” his family’s O’Day 22 sailboat to get it ready to sell before moving the family to the East Coast.  At the end of a long day of bottom painting, cleaning, and hull waxing, a Minister with his wife and two kids in the car stopped next to the boat in the driveway while Randy was hanging the For Sale sign.  Within an hour, Randy closed his first sale which included boat launching and sailing lessons to the family on the Columbia River as part of the deal.  When his Dad came home from work at the end of the day he praised Randy for making the boat look so great, but then asked why there was no For Sale sign.  Randy then showed his Dad the $1,000 earnest money deposit check for the sale, which was 30% above what the four year old boat sold for when it was new.

At age 17, Randy started working in Point Pleasant, NJ as a hands-on Yacht Rigger for power and sailing yacht dealerships and a charter company.  Working his way through college, he did everything required to commission new yachts and refit older vessels from sanding and painting hull bottoms to installing navigation electronics, and working as a marine mechanic’s helper.  While outfitting sailing yachts, trawlers, and sport fishing boats, Randy learned the importance of doing quality work for the customer.  On occasion, he also did  several yacht deliveries on the along the East Coast.

We invite you to read more on our web site about the services that we offer our clients.  Also, as a Bentley Systems Channel Partner, we are uniquely qualified to offer our marine industry clients MAXSURF, a powerful Naval Architecture software suite that is widely used around the world.  In addition, you can purchase a 12 month Practioner Software License of any Bentley Systems product online through our website by clicking this link:   Purchase Bentley Software

The Charleston Marine Consulting Logo is a custom version of the “Endless Knot”, a symbol for Karma.  As a “Jack of All Trades,”  Randy will continue to focus his knowledge and creative energy on the marine industry, leveraging his 35 years of experience and passion for applying high technology software.  Our goal is to deliver value to our clients while maintaining the highest integrity. 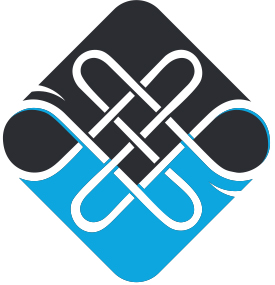 Currently, Randy is a Ferry Boat Captain for Haig Point, on Daufuskie Island, SC after recently completing a 4,000 Caribbean sailing trip aboard “Karma”, a Beneteau 40.